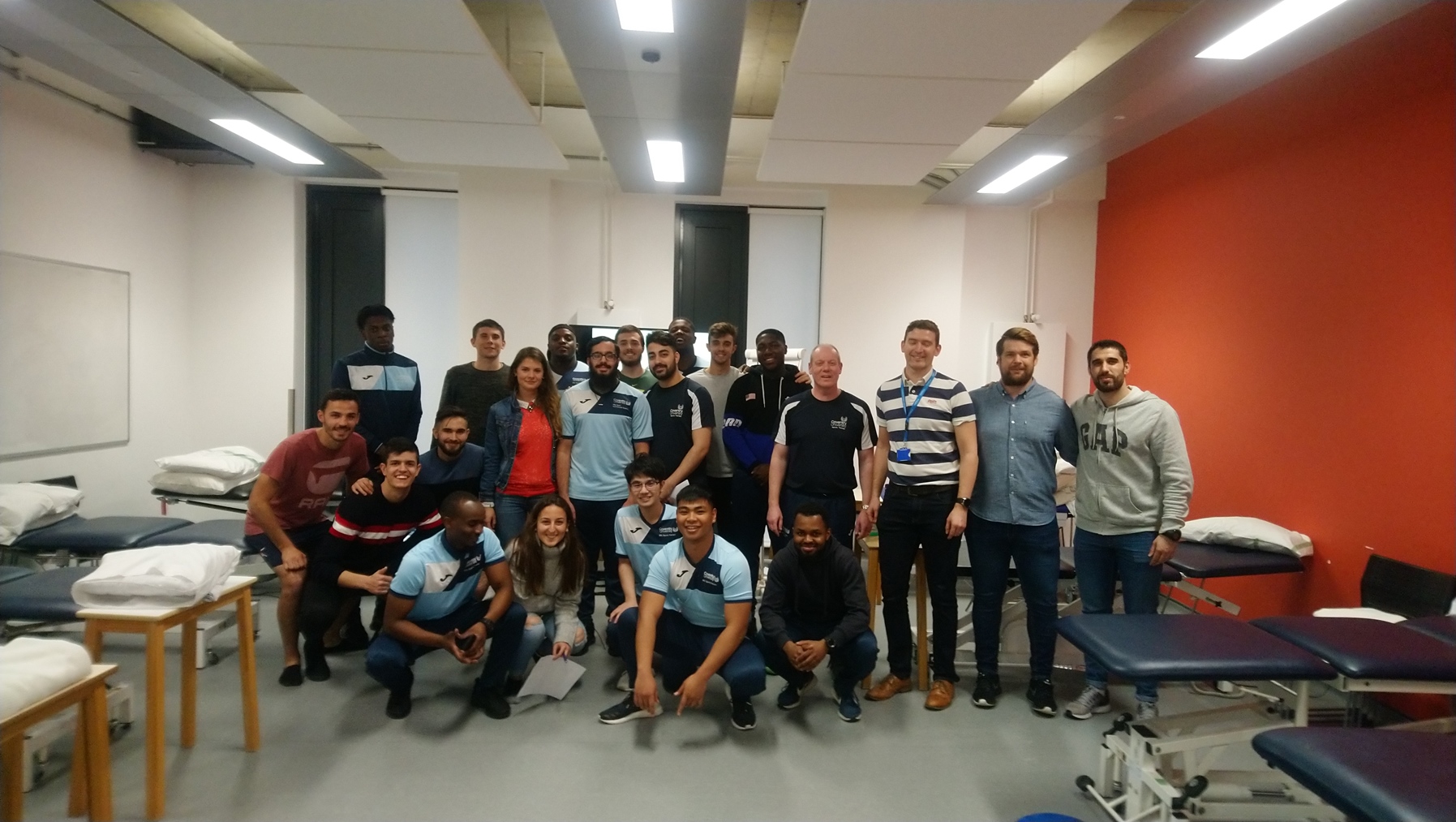 The students were able to enjoy active teaching experiences (they participated in both theoretical and practical classes) and received very useful feedback from the (excellent) works that Coventry University students showed them. The students also learned from and took advantage of a teaching immersion in another university system, and visited laboratories and high-level research facilities.

The visit was also used to look at the possibility of establishing a steady and structured collaboration between the Degree in Sports Therapy of the CU and the Degree in Physiotherapy at EUSES Barcelona, while the possibility of CU students studying for an entire year in Barcelona, and vice versa, was also considered, in order to create a system of mobile study collaboration between the two Degrees. Collaboration could also involve teaching exchanges, given that Martyn Morris and other teachers from this staff would be interested in being able to impart a teaching seminar or module in Physiotherapy (basically relating to Physiology of Exercise or Sport Therapy), either individually or in direct collaboration with an EUSES lecturer.

Progress was also made on the joint article (Martyn Morris and Mark Noon for CU, Sergi García and Mariano Gacto for EUSES), of which Sergi García has been the driving force. The aim is for this article to be published in the coming weeks in a high-impact scientific journal.