Campus de Bellvitge > Actualidad>‘Functional decline in nursing home residents: A prognostic study’, a research study by the lecturer and Coordinator of the Degree in International Physiotherapy, Javier Jerez

‘Functional decline in nursing home residents: A prognostic study’, a research study by the lecturer and Coordinator of the Degree in International Physiotherapy, Javier Jerez 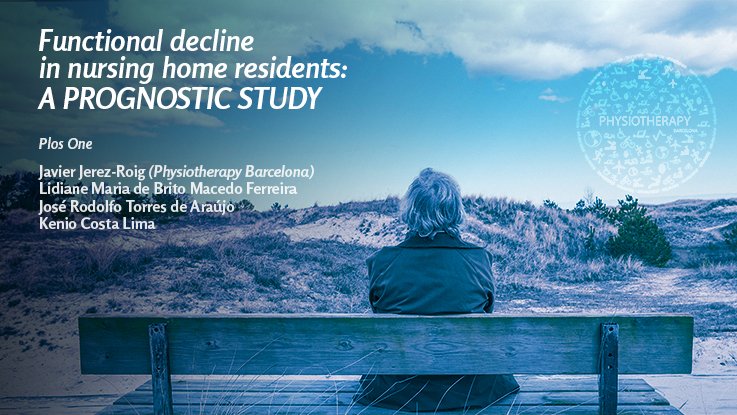 ‘Functional decline in nursing home residents: A prognostic study’, a research study by the lecturer and Coordinator of the Degree in International Physiotherapy, Javier Jerez

The area of research has a great significance in the Degree in International Physiotherapy from EUSES-UdG and ENTI-UB. The majority of the teaching staff combine their teaching with clinical practice and research work. The Coordinator and PhD in Public Health, Javier Jerez is a good example of this.

Jerez has participated in the study entitled: ‘Functional decline in nursing home residents: A prognostic study’. This was a two-year longitudinal analysis carried out in Brazil, while the lecturer was studying his PhD. The target audience was the elderly residents of 10 nursing homes, and in total 280 people participated. The methodology applied consisted of assessing the functionality of these individuals every six months in terms of the basic activities of their daily life such as: eating, personal hygiene, showering, moving around or walking; evaluating them with the Barthel index, a tool used for the functional assessment of patients and their rehabilitation.

The result obtained showed that 56% of the patients suffered a functional decline over the course of these two years. I.e. that more than half of them worsened. The study also identifies three previous factors that influence this loss of autonomy:

First of all, the patient’s initial cognitive state has an influence. It was confirmed that, in cases of dementia, there was an increased risk of functional decline. Another factor was the recurrence of hospital admissions, and, finally, problems of incontinence. Without doubt, people with these types of earlier problems, experienced a major worsening of their health.

This study is the second part of ‘Dynamics of activities of daily living performance in institutionalized older adults: A two-year longitudinal study’, also published by the lecturer and Degree Coordinator, Javier Jerez. Lastly, it should be highlighted that ‘Functional decline in nursing home residents: A prognostic study’ has been published in the prestigious journal, Plos One, specialising in medicine and health.