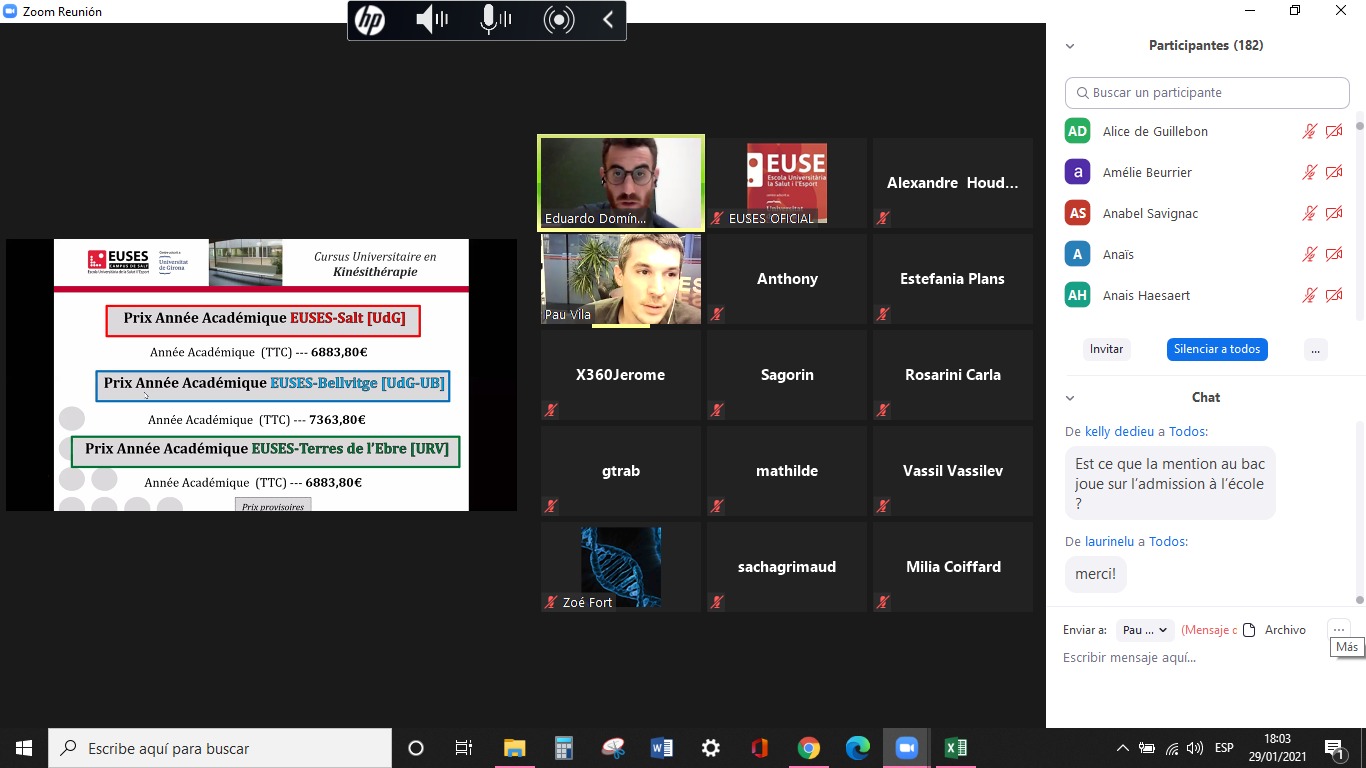 This Friday, the Escola Universitària de la Salut i l’Esport held an open day to present the academic offer to those students who are interested in taking the Degree in Physiotherapy at EUSES during the academic year 2021/22 either at the Salt or Bellvitge campuses. The conference, which was held online and through the zoom platform, brought together many interested people who were informed of aspects such as the lesson plan, career opportunities, international agreements that EUSES has signed with other universities, agreements with different entities for interships, the registration process… A video was also shown showing the facilities, activities and projects.

At the Salt Campus, the exhibition was given by the coordinator of the Degree in Physiotherapy, Eduardo Domínguez; the member of the promotion department, Pau Vila; and the student Alexandre Houdelat. At the Bellvitge Campus, where the degree is taught entirely in English, the speakers were the director of Physiotherapy, Gerard Muñoz; the member of the EUSES promotion department, Albert Deulofeu; and the former student Alejandro Revilla.

In the final part of the session, a question-and-answer session was opened via chat so that interested students could ask any questions or resolve any doubts.

The next virtual open days planned at EUSES are as follows: