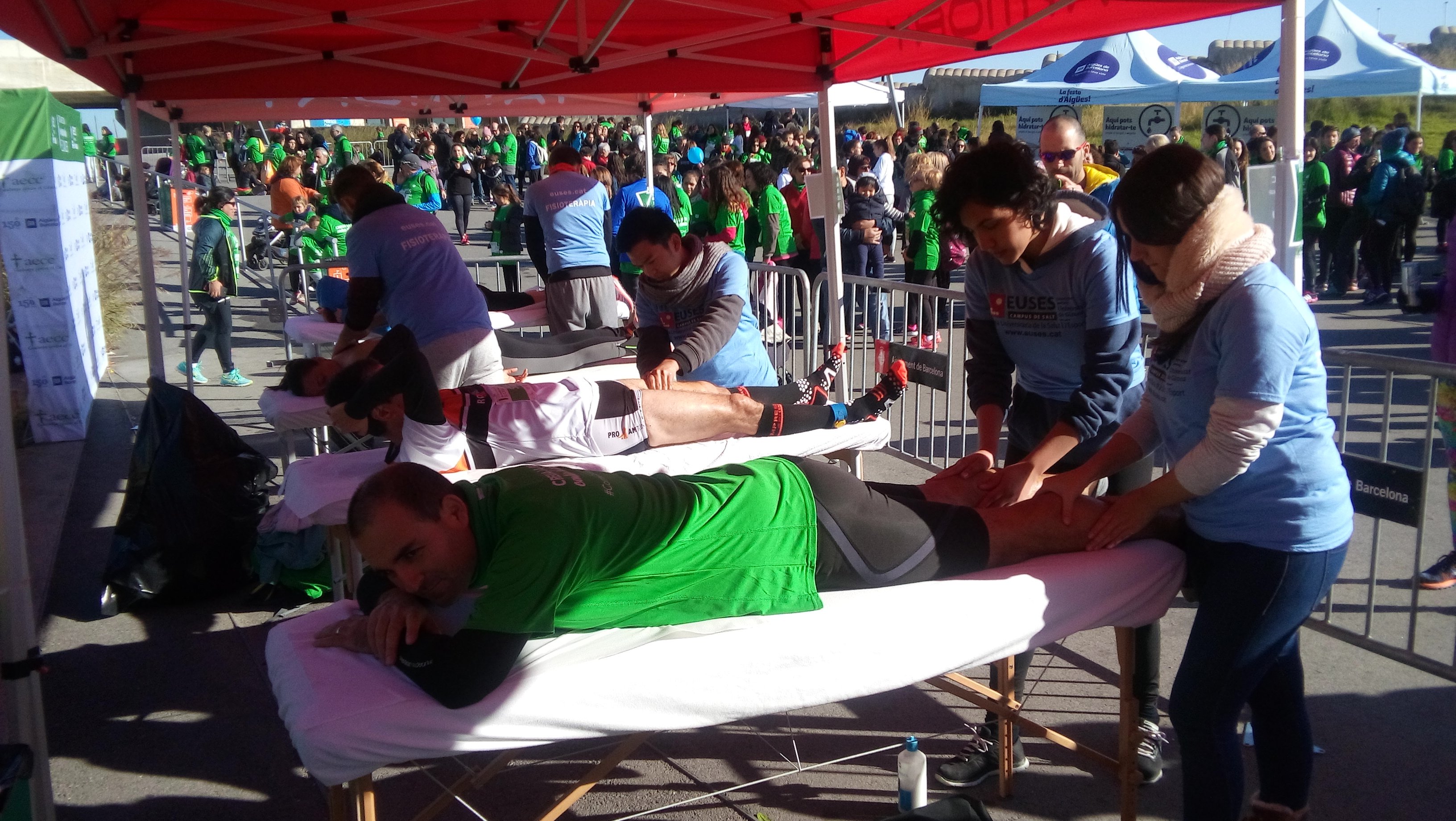 Students from the Barcelona Degree in International Physiotherapy and the Degree in Physiotherapy from EUSES-UdG, the University of Health and Sport, have again this year collaborated voluntarily in the Mataró Half Marathon, which this year has reached its 20th edition and has established itself as one of the great events of the long-distance racing calendar in Catalonia.

The same weekend, our students also participated in the race, organized by the Spanish Association against Cancer in Barcelona under the supervision of Francisco Unda, as a tutor.