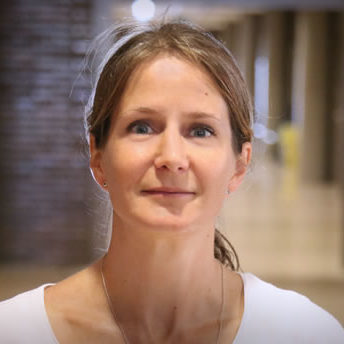 She went on to complete her Physiotherapy BSc Honours degree at the University of East London, graduating in 2000.

Lucy worked in London, UK for the National Health Service until 2008. From 2007 until 2012 she worked in private practice as a neuromusculoskeletal therapist.

From 2008 to 2017 she sat on the Editorial Sub-Committee for In Touch, the journal for Physio First, the organisation representing Private Physiotherapists in the UK.

In 2012 Lucy moved to Barcelona and started Barcelona Physiotherapy Service in 2014. She has been teaching Massotherapy, Muscle Chains and Manual Therapy since 2016.

Her specialist interest areas are Sports Injuries and trauma rehabilitation. However she treats a broad spectrum of patients and conditions. She is trained in Modified Pilates, Acupuncture, Be Activated techniques and Neuro Kinetic Therapy amongst others.