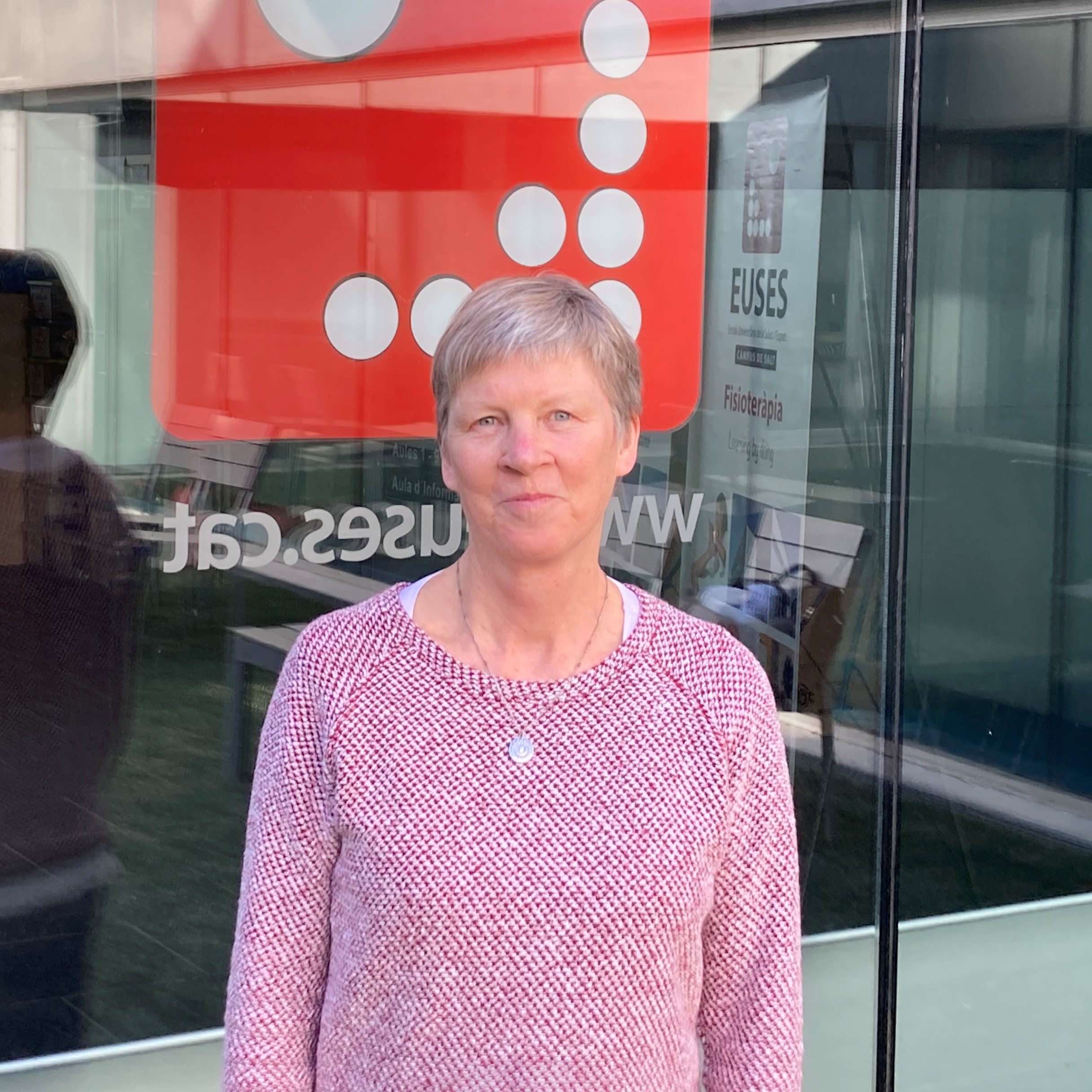 Diploma in English Language Studies by the Open University (UK)

Diploma in Spanish (Distinction) by the Open University (UK)

Teacher of English as a Foreign Language (TEFL), teaching in higher education since 2010 and specializing in EMI (English as a Medium of Instruction). Teacher of English for Physiotherapy at Euses Salt and Euses Campus de Barcelona. Freelance translator (Spanish/Catalan to English) for the University of Girona and other academic institutions.

Campus de Bellvitge
Carrer de la Feixa Llarga s/n.
08907 L’Hospitalet de Llobregat (Barcelona)
T. 932 63 02 24
physiotherapy@euses.cat
University Degree Studies International Degree in Physiotherapy
Master’s Degrees Master's Degree Return To Play After Sport's Injury
Courses and seminars Muscular energy techniques for pelvis, spine and thorax course. MITCHELL'S MODEL
© 2021 ® Euses Escola Universitària de la Salut i l’Esport. Learning centre attached to the University of Girona and the Rovira i Virgili University
NEORG
We inform you that we use first- and third-party cookies in order to improve the performance of the page and for analytical and advertising purposes. If you want more information or would like to manage them, please go to the
Cookie Settings.
I ACCEPT COOKIES
WE CARE ABOUT YOUR PRIVACY
You can set your consent preferences and determine how you want your data to be used according to the purposes detailed below.
Uncheck all ACCEPT ALL
These cookies are necessary for the basic operation of the website and, therefore, are always active. They include cookies that remember the actions you make when browsing the website in a single session or, if requested, from session to session. They help in online shopping processes, in addition to providing assistance in security matters and in compliance with regulations.