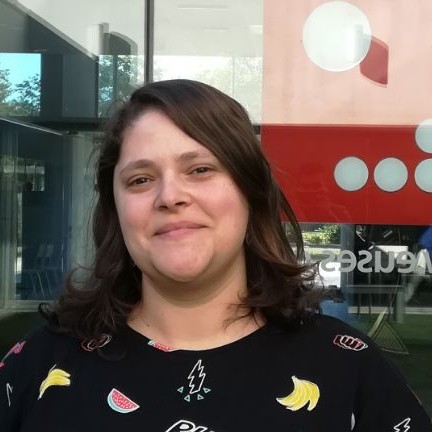 She has a Bachelor’s degree in Biology and an inter-universities MSc in Physical Anthropology: biodiversity and human evolution, both from the Autonomous University of Madrid. Later, she was granted a scholarship by the Education and Science Ministry obtaining a PhD with International recognition at the University of Barcelona about the variability of the human pelvis and its senescence process applied to Biological Anthropology and Forensic Medicine.

San Millán’s research focuses on the study of the morphological variability of the human skeleton, especially in relation to its evolutionary, biomechanical and forensic implications. Lately, she is additionally training on human anatomy knowledge, medical dissection techniques and also in conservation of human remains like plastination procedures.

Regarding research achievements, she has published book chapters and scientific papers in impact factor journals (Journal of Archaeological Science, Journal of Human Evolution, International Journal of Legal Medicine, Forensic Science International…), most of them rated Q1, and also has attended, organized and participated in several scientific research national and international conferences, workshops and congresses. Furthermore, she has been part of different funded research projects, has made several research stays in international anthropological institutions, has actively participated in excavations at various paleontological and archaeological sites and has served as reviewer for different high-quality journals.